That time of year

I like summer, but can honestly say it's not my FAVORITE time of year, unlike many Oregonians. This is because 1) I don't always appreciate the heat, even if it's just for a brief time, and 2) I adore autumn, so that's in my number one slot. But summer is my busiest time of year, for sure. We're out working on the property first thing in the morning, and back at again in the evening, until the sun sets at about 9 pm. 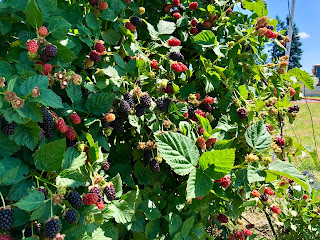 This is the third summer for my garden at this address, so it's the year when perennial plants really hit full steam, like when your kids turn 18 and seem to grow more lovely or handsome every day. This year it's the olallieberries that have really hit their stride. I grew these plants back in Paso Robles and I thought they did well there, getting a bit bigger than when I planted them and producing enough berries that I was able to sell a few pounds to the winery where I worked over a seven year period. What did I know? Bupkis, as my grandmother would say. My Olallieberry plants here in Oregon are three times the size of my plants in CA, and they are half their age. I have HUGE berries (larger than my thumb) here, too. By the time they're as old as my plants in Paso we'll be getting lost inside the tangle of vines and calling 911 for help to come get us out.

So, a little history: Olallieberries were created right here in this part of Oregon in the 1950's, hybridized as a cross between the Blackberry and the Youngberry. After field testing them here, they were sold mostly to growers in CA, as they didn't produce well in the cool Oregon summers. But with climate change, the Willamette Valley has become an ideal place for these guys. So I guess there's an upside to everything. During the recent "heat dome" event my Oregon Marionberries wilted and died back to the ground, killing all their fruit in the process. The Olallieberries basically chuckled, shrugged their shoulders and stayed green and productive, with no plant stress at all -- even at 117 degrees.

But what to do with all the berries? For us, they went into jam first, and then into an alcoholic berry cordial called Cremé de Mure. I made enough to give as gifts, and enough to get us through the cold winter nights coming. Cremé du Mure by the fire, anyone? Or over ice cream? Such possibilities!

I also am getting an over-abundance of cucumbers, which I'm turning into relish and these cucumber ice cubes, to add a little cucumber flavor into cocktails and mineral water throughout the year. Pop these into a cocktail at Christmastime and it will be like a little bit of July in a glass. 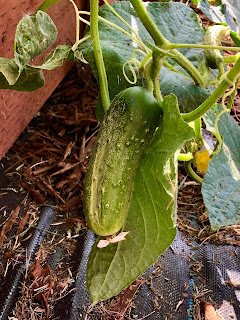 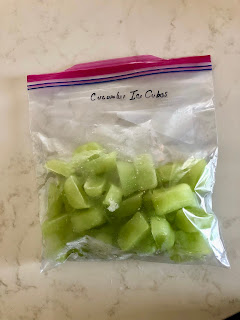 But as with most over-productive years, there's a dark side to nature's abundance, too. We've been over-run by gophers and voles like never before, although the raised beds and berries are all protected with underground wire, a trick I learned in CA to keep the ground squirrels out. But the holes these critters make can injure lots of animals who step in them, like my son's dogs, one of whom pulled a muscle after tripping on a hole while running back there. For a deer, horse or other hoofed animal, an injury like this can be fatal. And for us, it could mean a trip to the emergency room and a cast for six weeks. 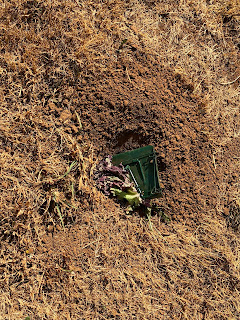 But trapping is my least favorite activity on our little farm. It's obviously cruel to the animal (yet ironically, also more environmentally responsible than poison, which can cross species if a poisoned carcass is eaten). It's emotionally painful to anyone who has a heart, and it also has its own set of risks. After whacking my thumb last week on the lever of a rather large vole trap, I asked Big Ag to take a more active role in this task. And by "asked" I mean yelled, sniveled, and threw a temper tantrum with all nine of my working fingers, which he was quite forgiving about. I guess the first part about having a good farm is having a good marriage.

And so here we are in high summer. I'd guess we've got about a couple more months to go and then the rain will start back up and the garden will die down. But for now I'm going enjoy our abundance of vegetables and fruit and savor it all. Hope you are doing the same with your summer. 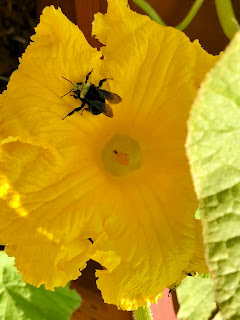 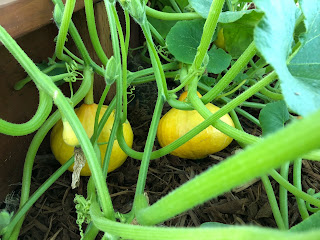 Posted by HotFlashHomestead at 5:20 PM

What it's all about:

The Hot Flash Homestead has hit the road and landed in the great state of Oregon, in the beautiful Willamette Valley, where there is plenty of water and an abundant growing season. Expect a bit of laughter, some discussion on local and sustainable living, and the eternal question: Is it hot in here, or is it just me?

Grown sustainably and with love.